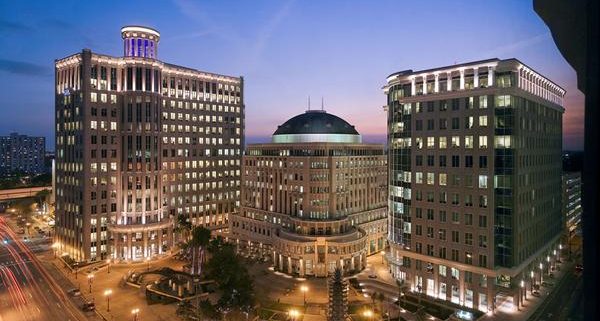 Red Lobster will establish its new headquarters and culinary center in three full floors in downtown Orlando’s CNL Tower 1. The company signed a long-term lease with CNL on Wednesday for 91,226 square feet, believed to be the largest lease in the downtown business district since the Great Recession. The lease includes naming rights on the building. Paul Reynolds, CCIM and Alex Rosario of CNL Commercial Real Estate represented the landlord, while Sean McConnell from McConnell Capital represented Red Lobster in the deal. The company also said it plans to hire 70 new employees in two years for the new headquarters, mostly in information technology. A culinary center and tasting room will be located on the first floor of the building, with some windows offering views from the lobby.

“We were looking for a place where employees could feel they are a part of an energetic and dynamic area,” said Salli Setta, president of Red Lobster. “They can really enjoy attractions downtown, like the Dr. Phillips Center for the Performing Arts and Amway Center, within walking distance. Many of them are already taking SunRail and they’re thrilled that this will be right next to a SunRail station.”

The move downtown is expected to be complete by early 2015. Red Lobster decided to leave Darden’s sprawling modern campus on John Young Parkway, which was built in 2009 for $152 million to consolidate all of Darden’s operations.

“Having an Orlando-based company’s headquarters moving to downtown is a tremendous validation of all the work that has gone into making the heart of Orlando more attractive for businesses and residents,” said Paul Ellis, group president of CNL Commercial Real Estate, said in a news release.