Orlando Economic Development Commission (EDC), there is currently an unprecedented level of office, multifamily and mixed-use development planned for downtown Orlando. This is largely thanks to Tremont Plaza, a 28-story mixed-use development being built by Lincoln Property Co. and Tremont Realty Capital. The $81 million development will have seven floors of office space totaling over 200,000 square feet, along with a 180-room hotel, making it the first large-scale Class A office project for Orlando in 10 years. With several other major multi-use commercial projects on the drawing board, the EDC calculates that more than 1 million additional square feet of construction is planned for Orlando’s downtown business district. The Orlando-Kissimmee-Sanford metropolitan area, specifically, has a fairly low cost of living and an unemployment rate of just 4 percent, compared to Florida’s average of 4.7 percent. This explains why the U.S. Department of Labor named Orlando the No. 1 city in the United States for job growth in 2015. There are several factors contributing to the office market’s prosperity, including Florida’s improving economy and business-friendly atmosphere. The state offers a favorable business tax structure, pro-business legislature and access to capital. The improving economy has helped office rental rates in Orlando fully recover from the recession, and high demand is outpacing supply for Class A office space. In the last few years, average rental rates for Class A office space have increased from around $25 to around $28 per square foot in the central business district (CBD). There is also select top-of-the-market office space exceeding these rates at $30 to $32 per square foot. However, while rental rates have risen significantly, Orlando remains one of few metro areas in the United States offering upscale office space at relatively affordable rental rates. While Orlando’s CBD is benefitting from significant activity, some of the metro’s suburban office markets, such as Lake Mary, UCF and Southwest Orlando are also demonstrating strong market dynamics. As an example of the type of activity that’s occurring, Colliers‘ Central Florida office team recently represented Harper Limbach, a mechanical engineering firm, in relocating and expanding its Central Florida presence. The company moved from a 35,000-square-foot office warehouse in the Sanford submarket to a 48,000-square-foot Class A flex/office building in Lake Mary, while also taking a 12,000-square-foot executive office space in downtown Orlando. The company relocated to the flex building in Lake Mary for a more efficient and higher quality modern workspace for its engineers, and better synergy with its warehouse manufacturing operation. It relocated its executive offices to the downtown business district to take advantage of the area’s amenities, walkability and upscale office environment for client, visitors and employees, as well as future business development opportunities. Both locations will allow for a better overall quality of workplace while providing room for more growth. Harper Limbach’s reasons for relocating align with a trend of businesses seeking high-quality, modern office spaces with access to amenities. Forward-thinking companies understand that to attract and retain top talent, the overall office experience is important to maintain employee culture. These companies are willing to pay a premium for a quality employee atmosphere. Many landlords and property managers are taking note of this and are renovating older buildings for a more modern Class A environment. With Orlando being a top location for entrepreneurs and technology companies, boasting more than 2,600 tech-related businesses in the area, the national trend of open, collaborative office space is beginning to take hold. While some younger, edgier companies are all-in on the open concept, companies with more traditional corporate atmospheres are finding ways to make traditional office design more efficient and standardized. For example, while private executive offices are not completely going away, they are shrinking in size to maximize floor plan efficiency. Other trending office concepts, such as co-working spaces and incubators for start-up companies, are also making their way to the region. Overall, the outlook for the Orlando office market is positive. The investment climate is healthy and diverse, with a strong presence from REITs, private equity firms, local buyers and foreign buyers. Although some of the suburban markets are seeing fewer deals close due to concerns over existing inventory and perception of the overall market, all Class A assets brought to market in the CBD are commanding very strong price points. Volume is up compared to this time last year, and we don’t anticipate a slowdown in activity anytime soon.   Source:  REBusiness 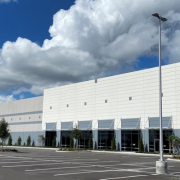