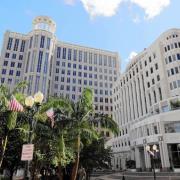 Red Lobster‘s upcoming move to next to Orlando City Hall has developers planning another office high-rise for a downtown that has drawn more apartment tenants than new employees in recent years. Although no formal plans have been submitted to the city, both CNL and Highwoods are seeking anchor tenants for long-envisioned office towers. CNL hopes to make an announcement before the end of the year.

“The decision by Red Lobster to move their corporate headquarters to downtown Orlando is a big moment for the central business district and for CNL Center,” said Paul Ellis, president of CNL Commercial Real Estate.

In addition to validating the city’s investments in the downtown area, the Red Lobster move marks an “important step for CNL as we contemplate the development of a third tower at CNL Center,” Ellis said in a prepared statement this week. Red Lobster, which was sold by Darden Restaurants earlier this year, was likely the largest downtown lease since the recession. Red Lobster’s announcement that it would locate its headquarters in 91,000 square feet at CNL Tower I came amid a resurgence for the central business district, which was plastered with “For Lease” signs just four years ago. Positive signs for downtown include this year’s opening of the SunRail commuter line, which has two downtown stops. The $514 million Dr. Phillips Center for the Performing Arts is scheduled to open in November. Technology firms including Canvs, Splyt, Echo Interaction and Plan Source have leased space in the Church Street Exchange. Young professionals and others are leasing many of the 1,000 apartment units being added to the downtown market. And the downtown office vacancy rate has dwindled from more than 20 percent at the low point about four years ago to about 12 percent during the second quarter. Despite the improving conditions, the last major addition to the downtown skyline was the Plaza, which opened at Orange Avenue and Church Street in 2006 and is now known as Chase Plaza. The smaller, seven-story GAI Building opened on the fringe of downtown in 2010. Ustler Development is underway on a four-story office building, which is fully pre-leased, on North Orange Avenue just north of Colonial Drive. CNL and Highwoods say they are still working out details on the type of building and tenants they want to bring downtown. However, Highwoods has proposed Capital Plaza Three, which would include 187,000 square feet, an outdoor piazza, and seven stories of office space atop seven decks of parking at 207 E. Pine St. “We need to find a good, solid tenant,” said Steven Garrity, vice president of Highwoods in Orlando. “It is nice to see the apartments, SunRail, the performing arts center. It all bodes well. The market is improving. It just needs to improve a little bit more to justify new construction.” The commercial real-estate brokerage helped solidify its stake in the downtown Orlando market last year when it bought out its partners and became sole owner of five office buildings that have a combined 1.3 million square feet. At CNL, Ellis said his company is in the pre-development stage with a new tower and expects to announce plans by the end of 2014. “We are genuinely encouraged by our initial progress, and our hope is that we will be able to announce more details about our plans later this year,” Ellis said. “The current economic environment that we are in is definitely improving, but it is one that requires discipline and thoughtfulness as we move through our decision- making process.” Office brokers in Orlando say the market fundamentals are nearing the point at which a new tower would make sense. Anne Spencer, an office broker with Cushman & Wakefield, said the Red Lobster lease was significant but that Class A office space is available in the central business district for $26 to $28 a square foot. She said market rates need to be more than $30 a square foot for developers and lenders to justify a new tower. Demand for new downtown office space may signal a new project in late 2015 or early in 2016, Spencer said.   Source:  Orlando Sentinel]]>
Share and Enjoy: 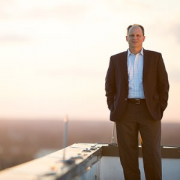 Construction Begins On Class A Office Building In Winter Park